The terrain in New Hampshire is every bit as challenging as Maine, but there are many more “payoffs.” Each day’s hike may start out in narrow forest trails a la Maine, but as you ascend the peaks for that day, the trail opens up to ridge walking and you hike among breathtaking views for hours at a time. New Hampshire’s White Mountain range is where AT thru-hikers spend the majority of hiking time in this state. The Dukes have had the distinct pleasure of being hosted for several days at the home of the Miller family (Russ, Penny, Annika, Haydn and dogs Spikey and Stewie). Penny is a college friend of Birdie who works at the AMC Pinkham Notch visitor center. What Russ and Penny thought was to be an overnight stay has turned into a bunch of nights, shuttling us to trail heads, providing laundry, showers, cooking meals and truly welcoming us as an extension of their great family. We have had an amazing time here and though we are moving on today, I’ll be carrying great memories of the past week all the way down the trail. The following are a bunch pictures from the past week or two. Enjoy! 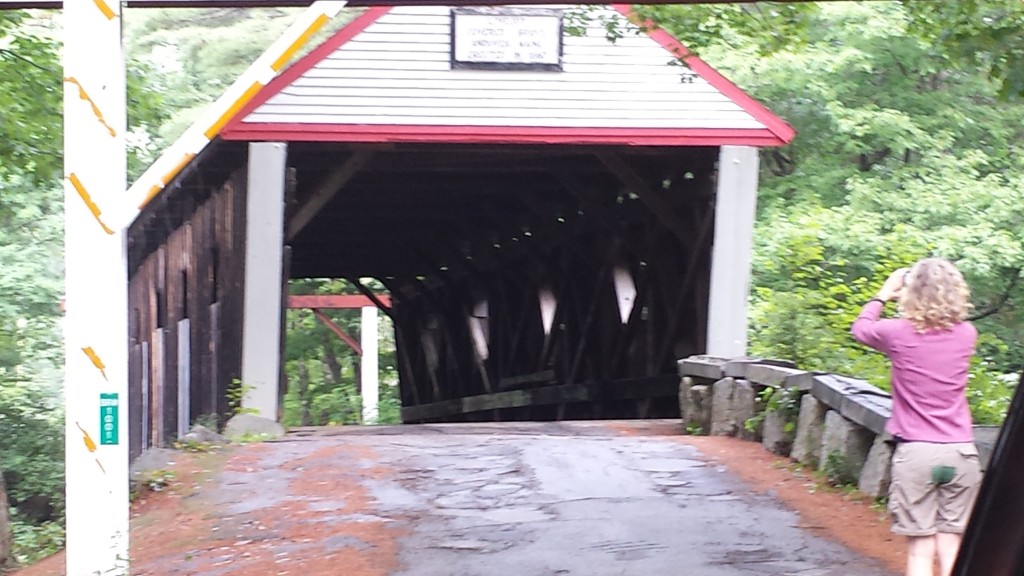 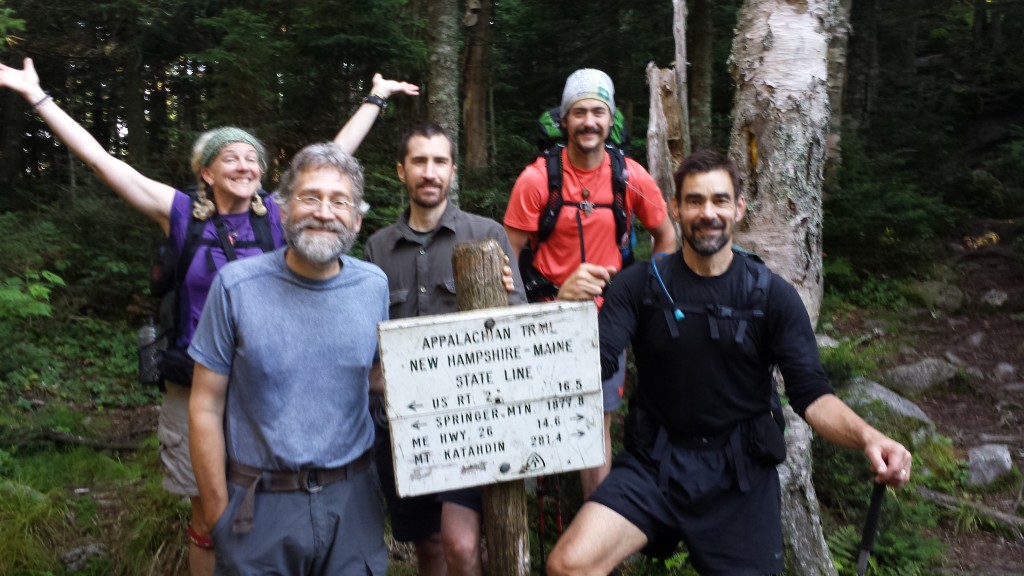 Some of the Dukes, crossing into New Hampshire 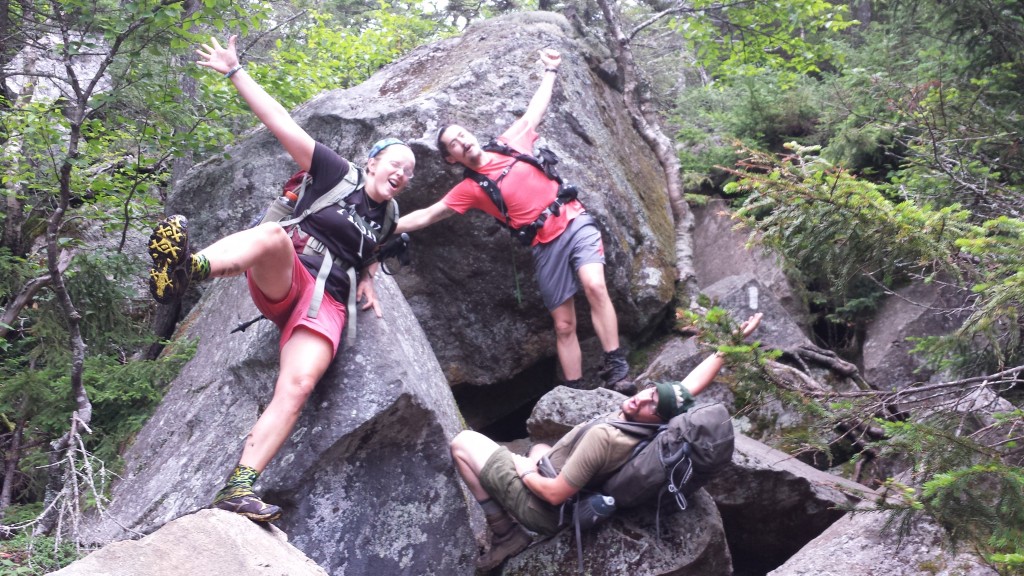 Swish, Hero and Mav in the middle of Mahoosuc Notch, a mile long boulder scramble just before New Hampshire. 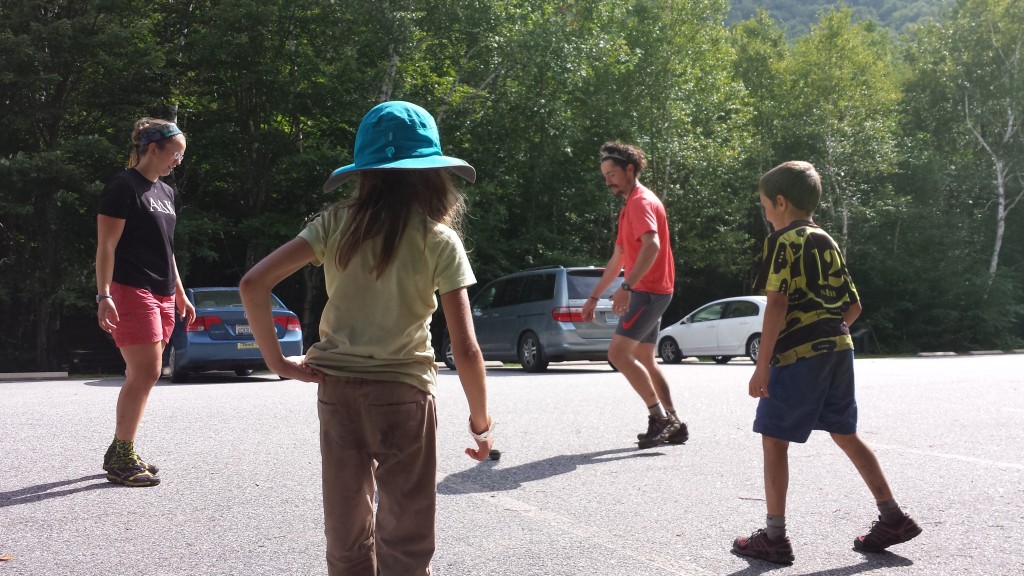 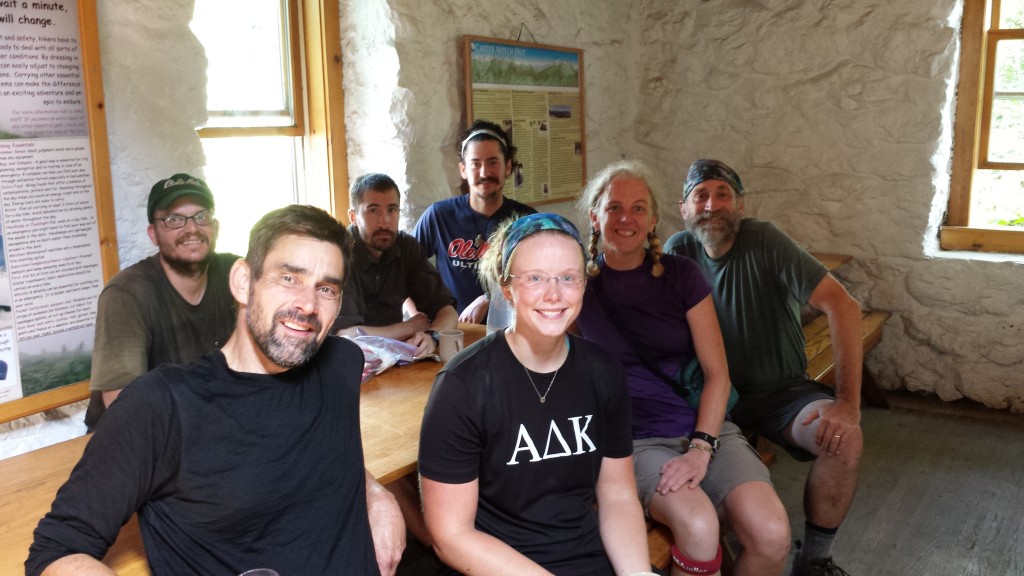 The Dukes at the Carter Notch AMC hut in the White Mountains, New Hampshire 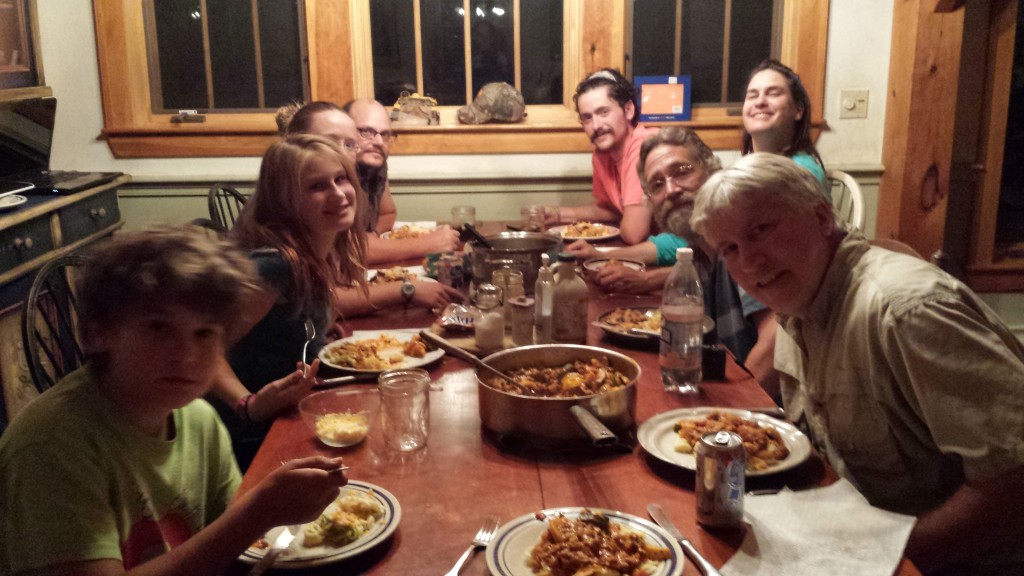 One of the many great family dinners at the Miller’s. I’m sitting between Penny and Russ 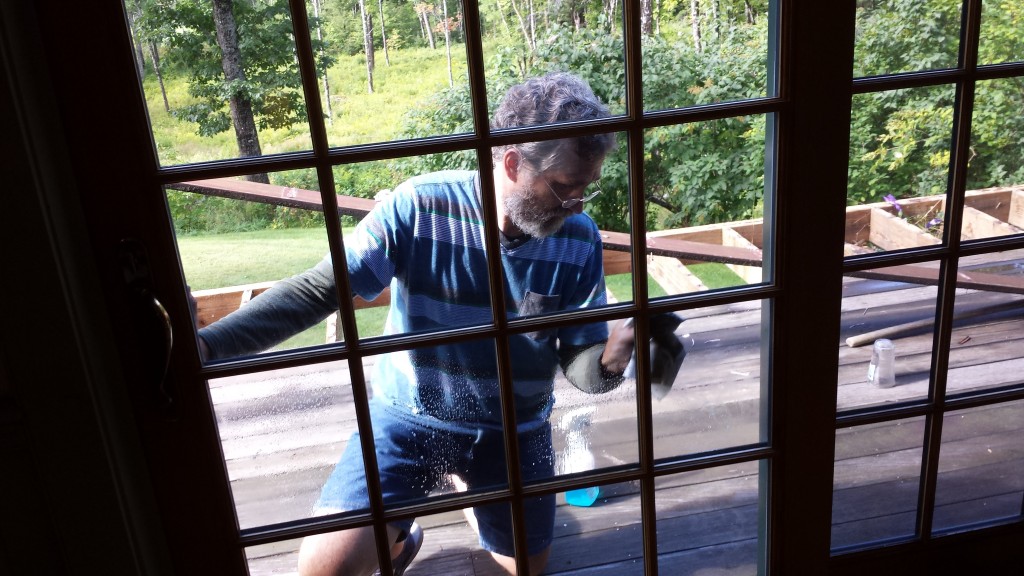 Washing windows at Russ and Penny’s…our small attempt at ‘Work for Stay.’ 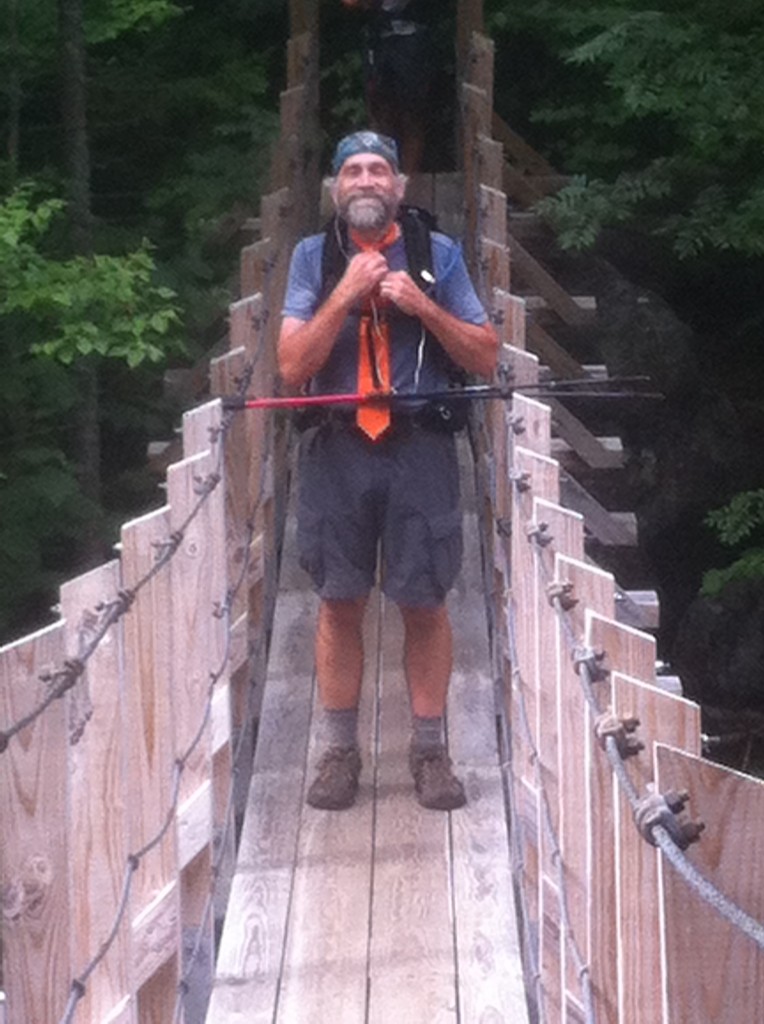 Hiked all day in a snappy orange necktie. I got so many positive comments on it that it may become part of my permanent hiking attire 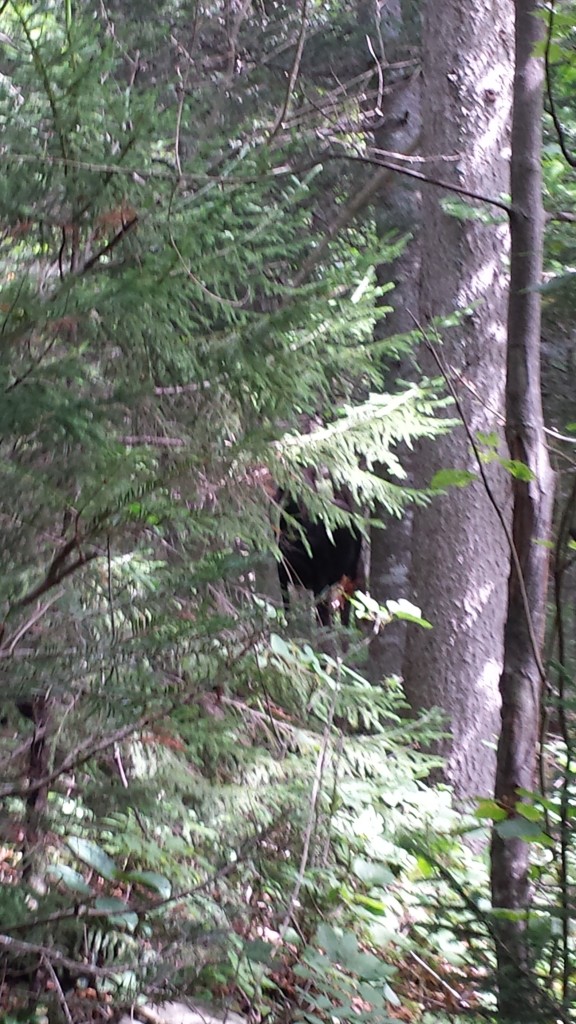 That black spot is a large moose cow 15 feet off the trail in New Hampshire. The calf was on the other side of the trail and ran across it to be reunited with mom. 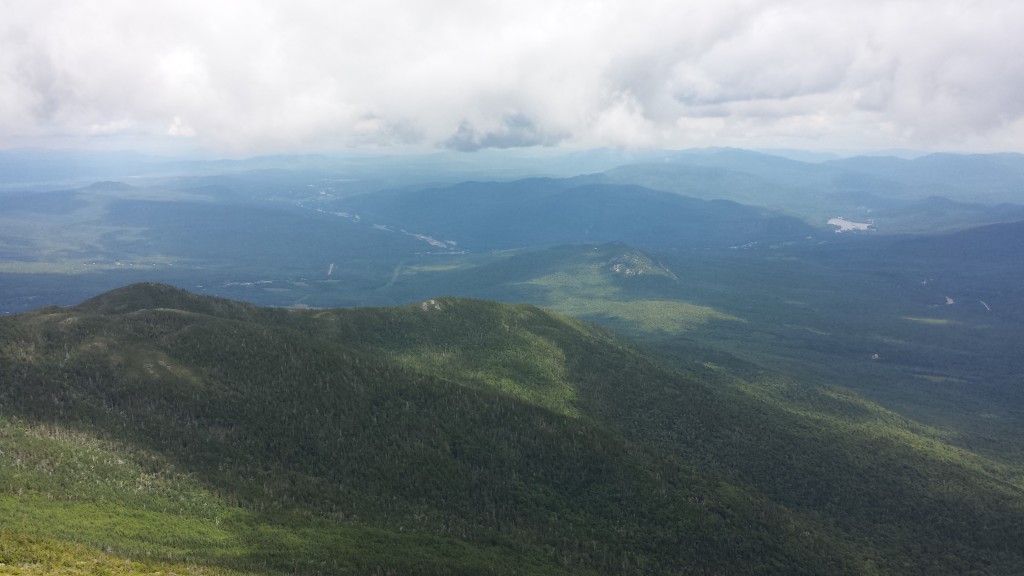 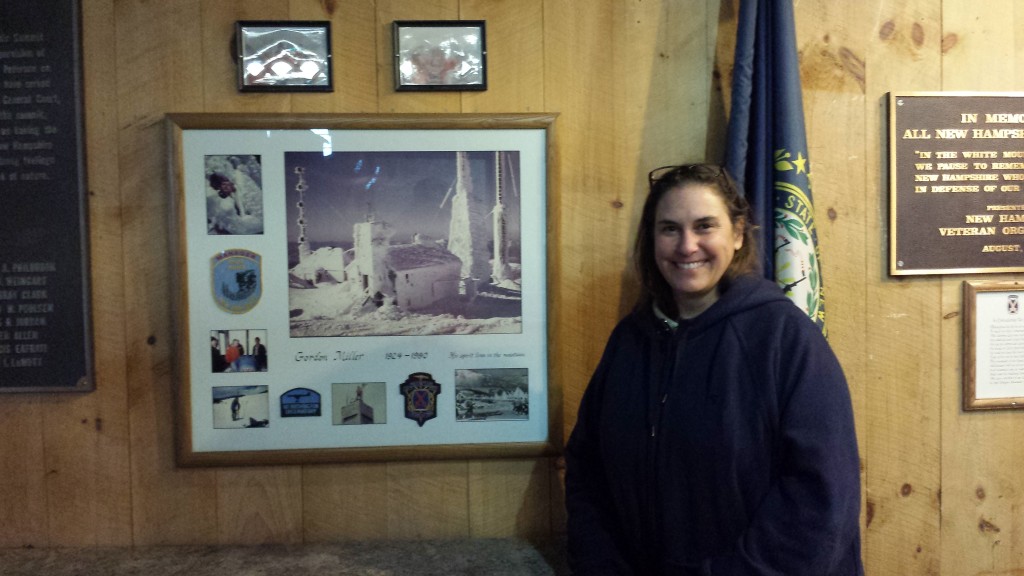 Penny standing next to a memorial to Russ’s dad on the summit of Mount Washington, the tallest peak in New England. We summited it twice. 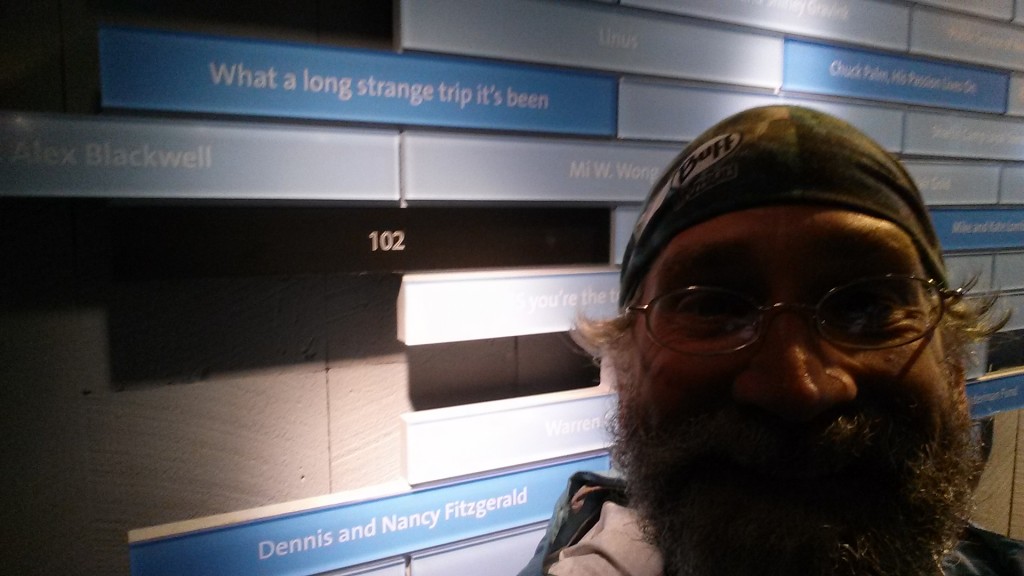 I found this message slat among the donor listings on the Mount Washington summit…the PA system was playing ‘Ripple’ at that very moment…no joke! 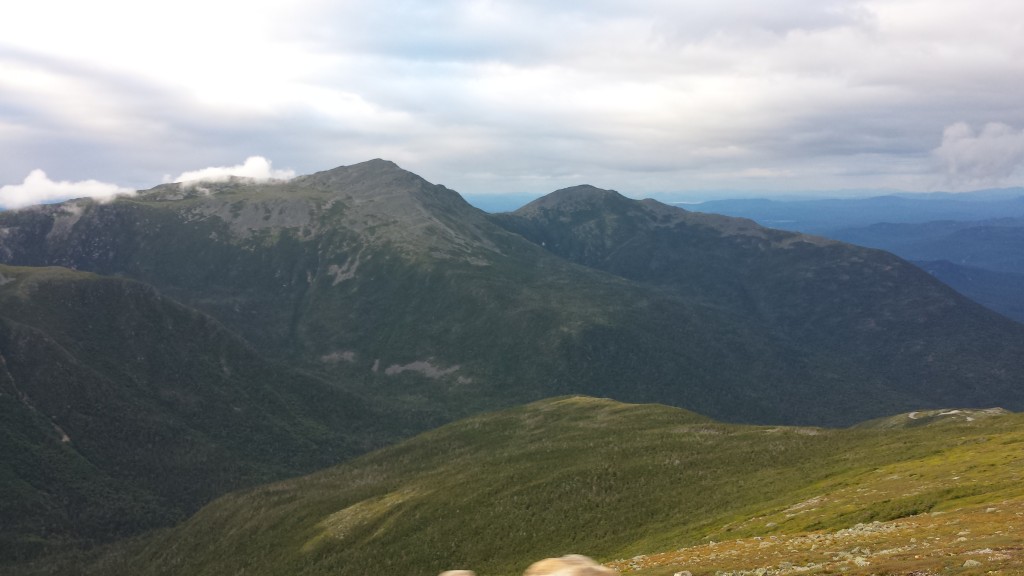 Another fine example of a White Mountain view. 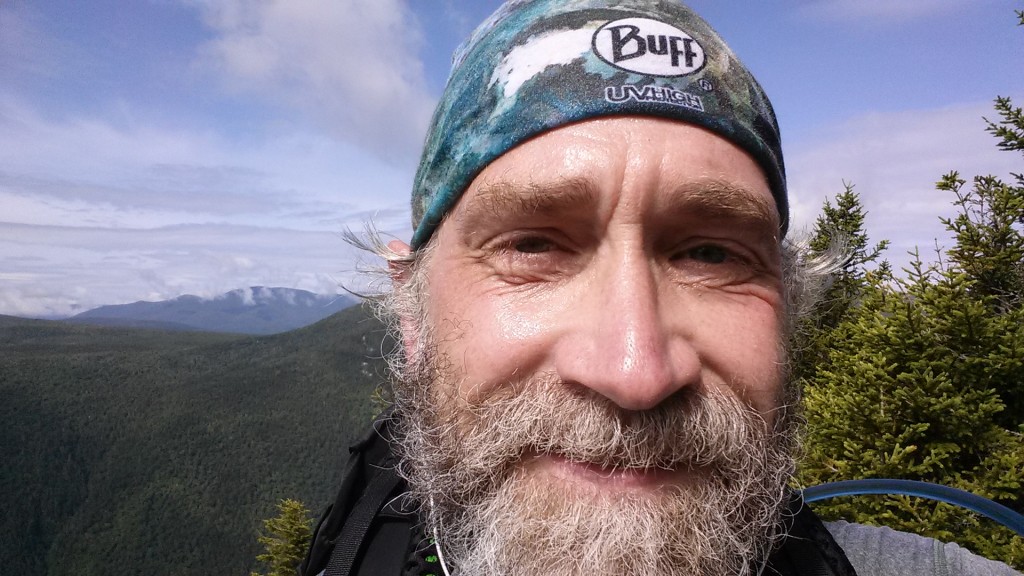 Selfie from one of the White Mountain peaks. When I called Oliver yesterday to wish him a happy birthday, he said that my kids think I’m looking like Jerry Garcia with all this facial hair…no cutting it until I’m off the trail! 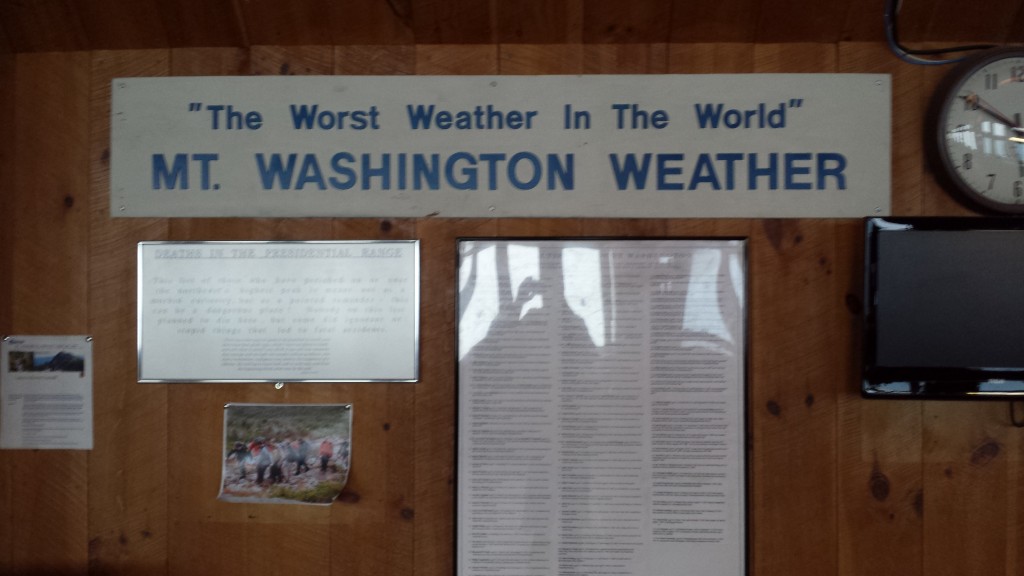 The US record for recorded windspeed (231 mph) was clocked on Mount Washington. Both days we summited (in August) the temps were in the 30s! 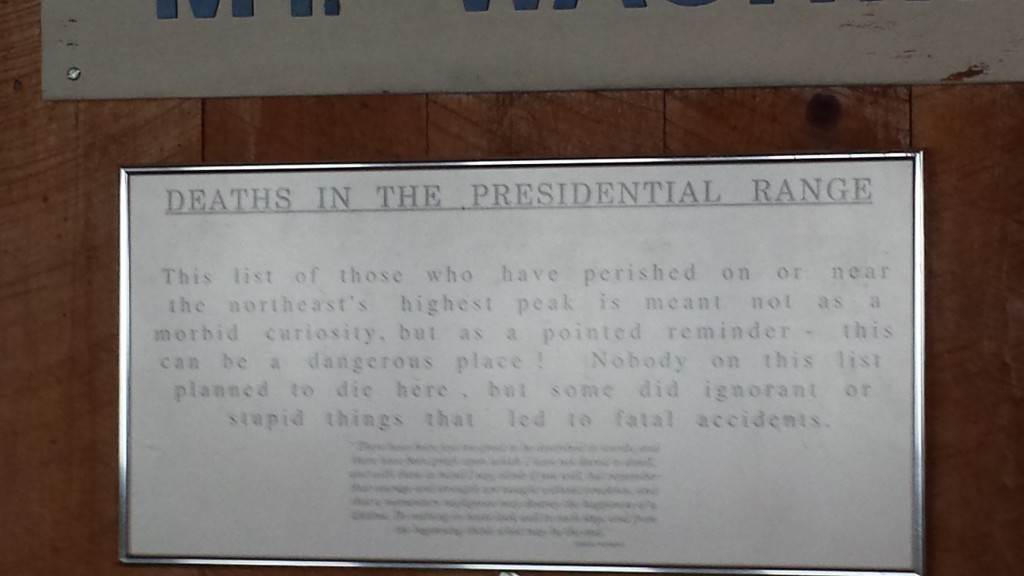 This photo and the next couple are sobering 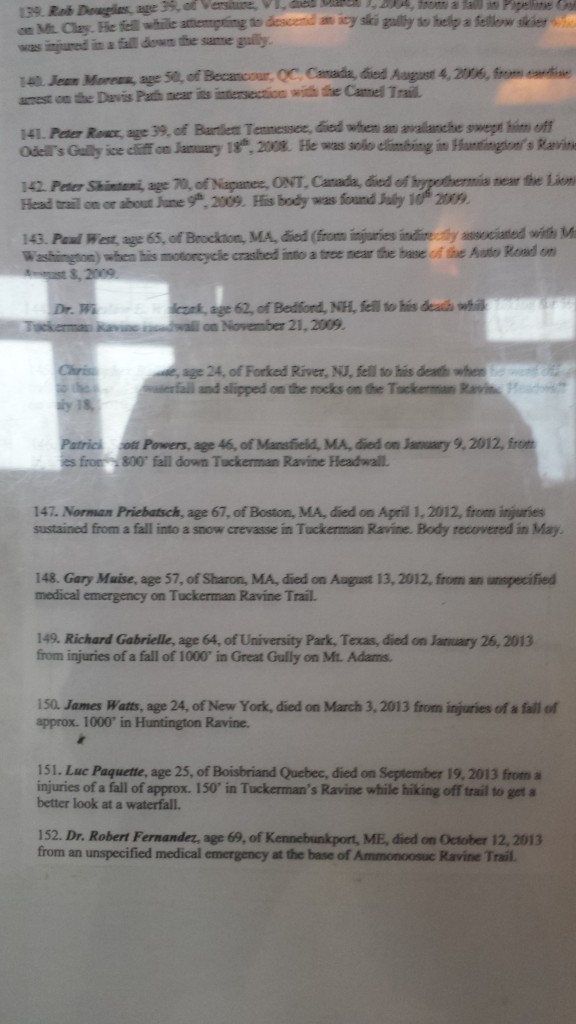 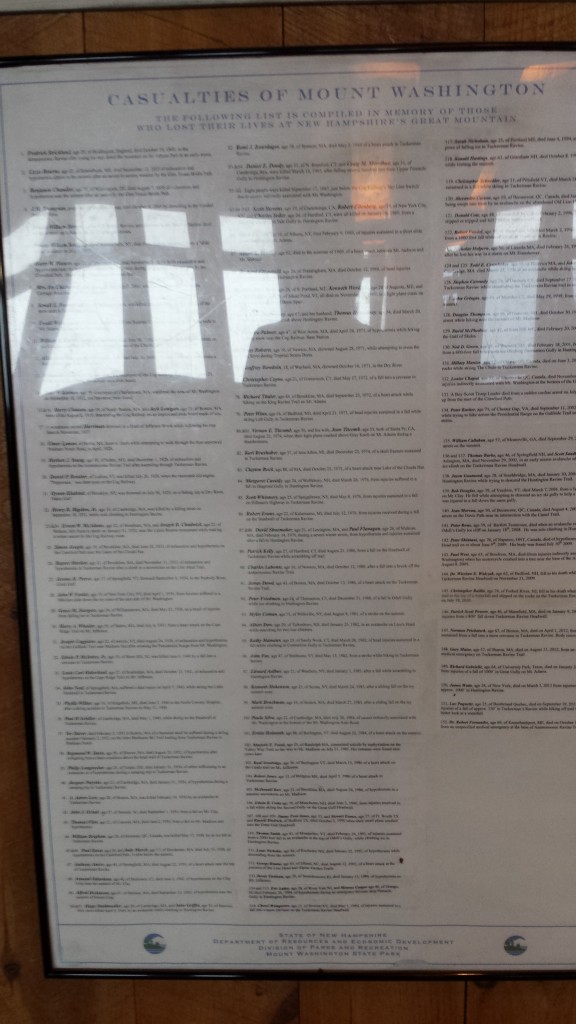 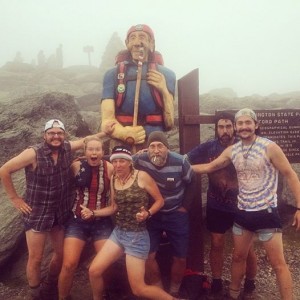 Dukes in jorts! We’re on the summit of Mount Washington in full redneck regalia. I borrowed a pack of Marbs from someone in the visitor center to complete the ensemble. 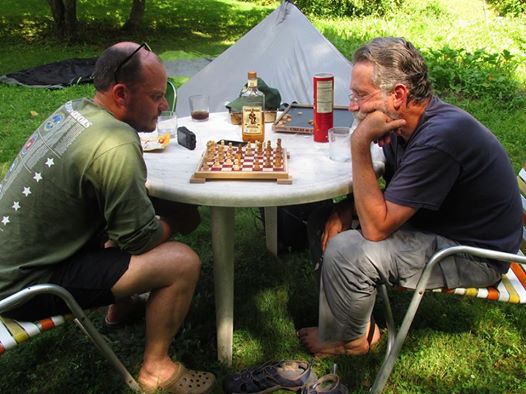 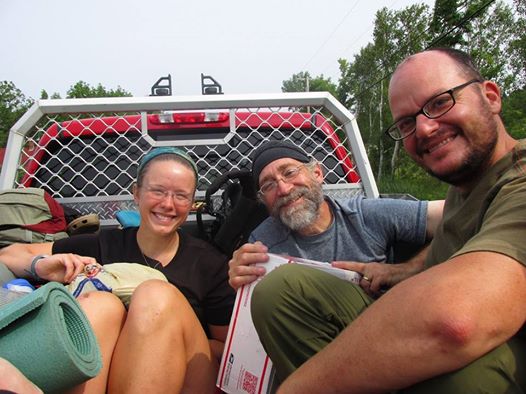 Swish, me and Mav after a post office run. That’s my ‘bounce box’ in my lap. I send it to myself down the trail with hard-to-get resupply items