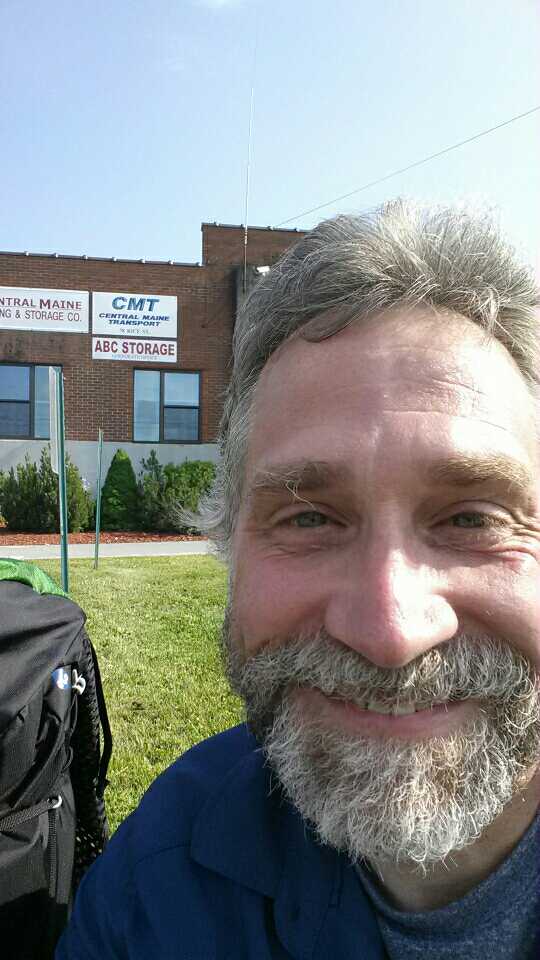 Just me and my pack now. Dropped off the car in storage in Bangor, Maine and am now waiting for a bus to the nearest town to the trailhead (only comes once per day). Packed 10 days of food since the first 100 miles don’t offer much in the way of resupply options. Will sleep soundly tonight.

Yesterday morning Wendy made me what the Brit’s call the “full English” (breakfast). Great send-off and nearly picture-perfect. 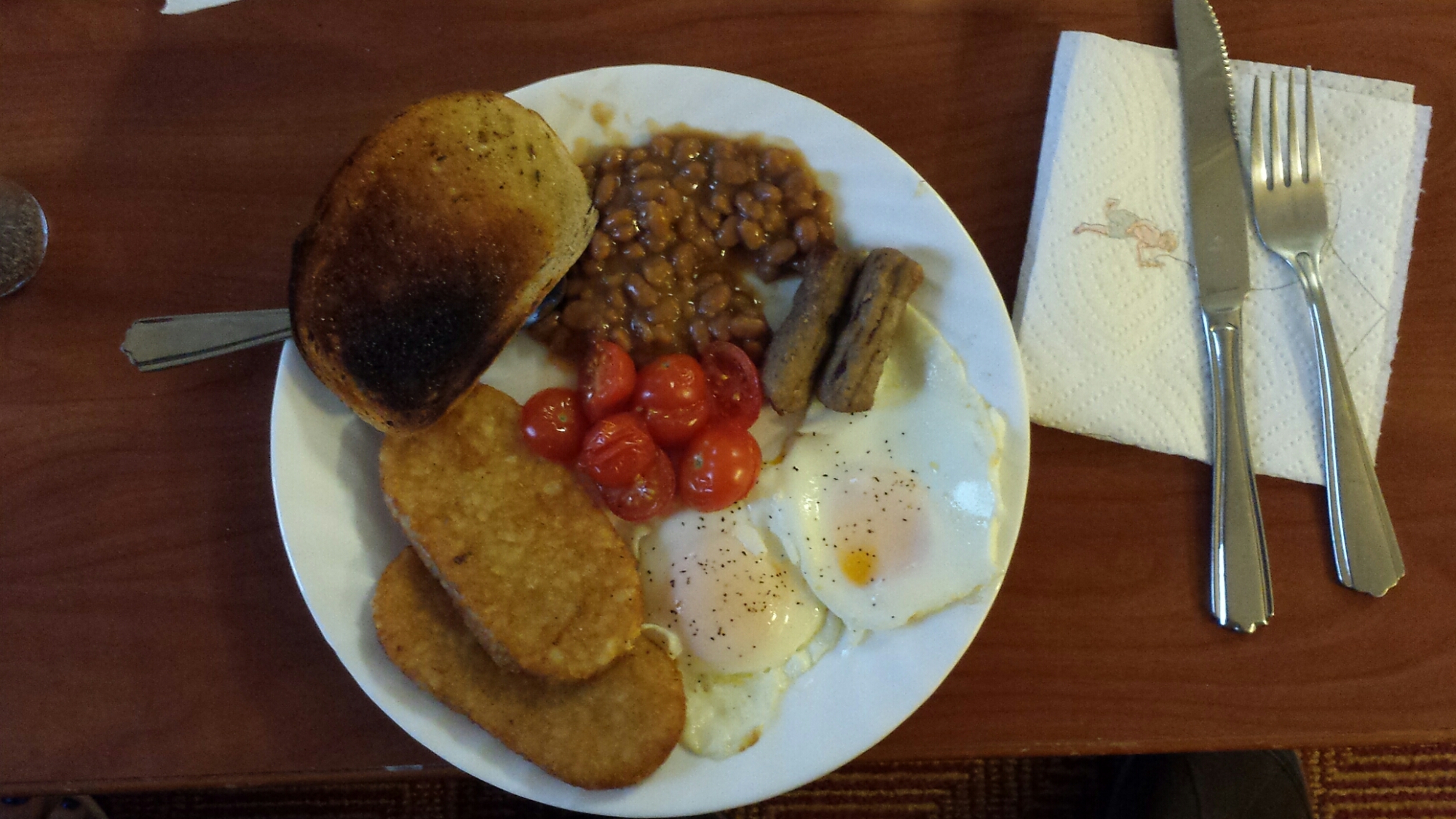 Woke up this morning at an Indiana rest stop, near the Ohio border. On track to hit the trail on 7/1. I’ve passed through these freeways so many times on Dead tours and college visits that I should be notching tick marks on the rest stop doors!

So far the summer 2014 has been a doozy. Some of you reading this already know that during a single, fast-moving weekend in March my wife (Wendy) and I sold our empty nest and I resigned from my job. In the weeks that followed I worked on prep for the move, left a pile of memories (and broken dishes) at a going away party hosted by neighbours and cheered on Wendy as she landed in a training program in support of her next career advancement. When we closed on the house on April 29th, Wendy (and Charlie- our youngest- home from school for the summer) moved in temporarily with another gracious neighbour while I hit the road in our minivan, lazily aiming for Seattle to scope it out as our future home. My circuitous route led me through a dozen or so national parks where I unexpectedly reacquainted myself with hiking, backpacking and tenting. 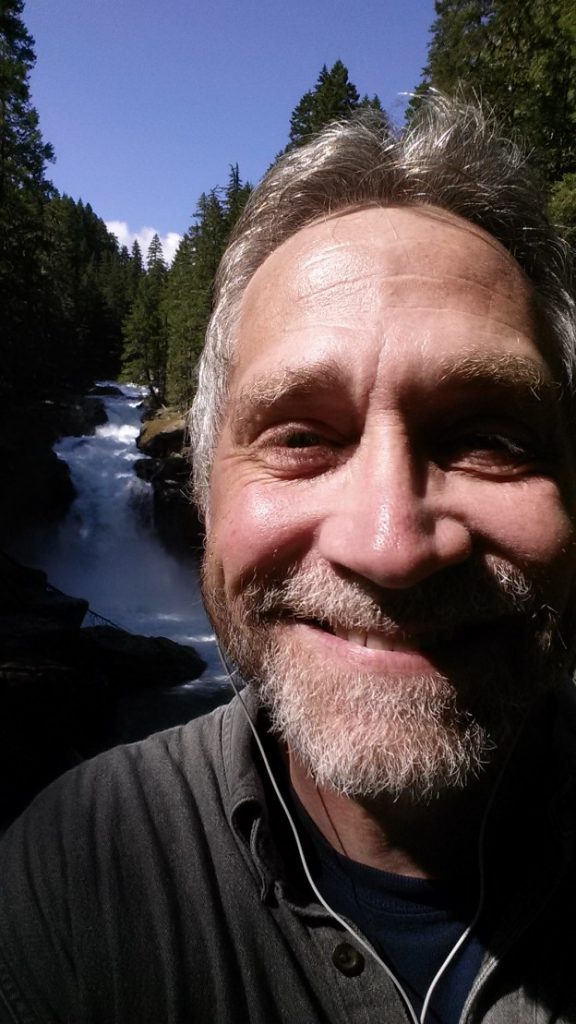 Me and a waterfall

My mindset was a bit like this line from Jason Isbell,

“…take a year and make a break, there ain’t that much at stake, the answers could be relatively easy”

For the record, I loved Seattle (and Vancouver and really everywhere in the region), stayed with some great people there (thanks again to Wendy, Matthew and Sameer in Seattle and Sophie and Dave in Vancouver!) , spent quality time with my oldest son Oliver, and became convinced that the Pacific Northwest will make a great future home for us, though not an immediate one since we subsequently learned that Wendy’s next work location will be in the Midwest. So I concluded my stay and headed back home for a brief visit, stopping en route to visit dear friends in Missoula I hadn’t seen for way too long (thanks again Ed and Laurie!). After 10 days in Minnesota, I push-off again tomorrow (Saturday, 6/28) to spend the rest of the summer the way I spent the first bit- humping a backpack up and down mountain trails. Specifically, I’m headed east to hike on the Appalachian Trail.

I turned 50 in December and after nearly 30 years working sedentary jobs, I’m not exactly a poster child for rigorous back country treks. Therefore, I thought it’d be fun (in a schadenfreude-ish way) to keep a blog so that those who know me can enjoy a virtual ring side seat as I whine, break down and implode in a slow motion stumble across a few miles of the AT. I say ‘a few miles’ because the AT is pretty long (2200 miles or so) and less than 1 in 4 people who start at one end ever reach the other. I am planning to start my hike on July 1st from the northern trail head at Mount Katahdin, Maine. My only expectation is to enjoy myself, so this particular journey will either end when I stop having fun for a sustained period or when I hit the southern terminus of the trail at Springer Mountain, Georgia, whichever occurs first. The statistics say that the (very) safe money is on the former, probably within the first two weeks. If it goes further, more fun.

Chances are you’re looking at the site because I sent you an email encouraging you to do so. I hope you enjoy the occasional pictures I post from the mountains of the eastern US or anything else that captures my fancy, along with any thoughts I can muster while swatting away swarms of black flies and digging catholes. I’m not sure how often my phone will have sufficient battery and internet connectivity but I’ll do my best to update as I go. For as long as this lasts, it’d be great to hear from you too so feel free to heckle, comment, or observe from a safe distance. What I post may not be interesting, but it will be advertisement free. Thanks for checking in on me and I hope you have a great remainder to 2014! 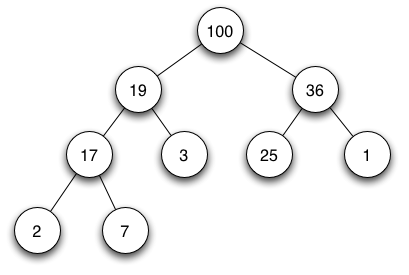 Example of a max heap