Named after a fan-favorite Dead tune, the traveling road circus of Deadhead’s vending shirts, cheese sandwiches, water and assorted contraband to earn ticket money for the next show eventually became known- quite fittingly- as ‘Shakedown Street.’ The tents in the photo represent a smallish corner of this area, which typically sprawls to occupy several very long rows of whatever parking facility a given venue provides. Walking it all typically takes 20-30 minutes including pauses to overcome shock. Since I don’t dress like a Head, I suspect the vendors think I’m a cop, so I avoided taking obvious pictures of their shadowy dealings. 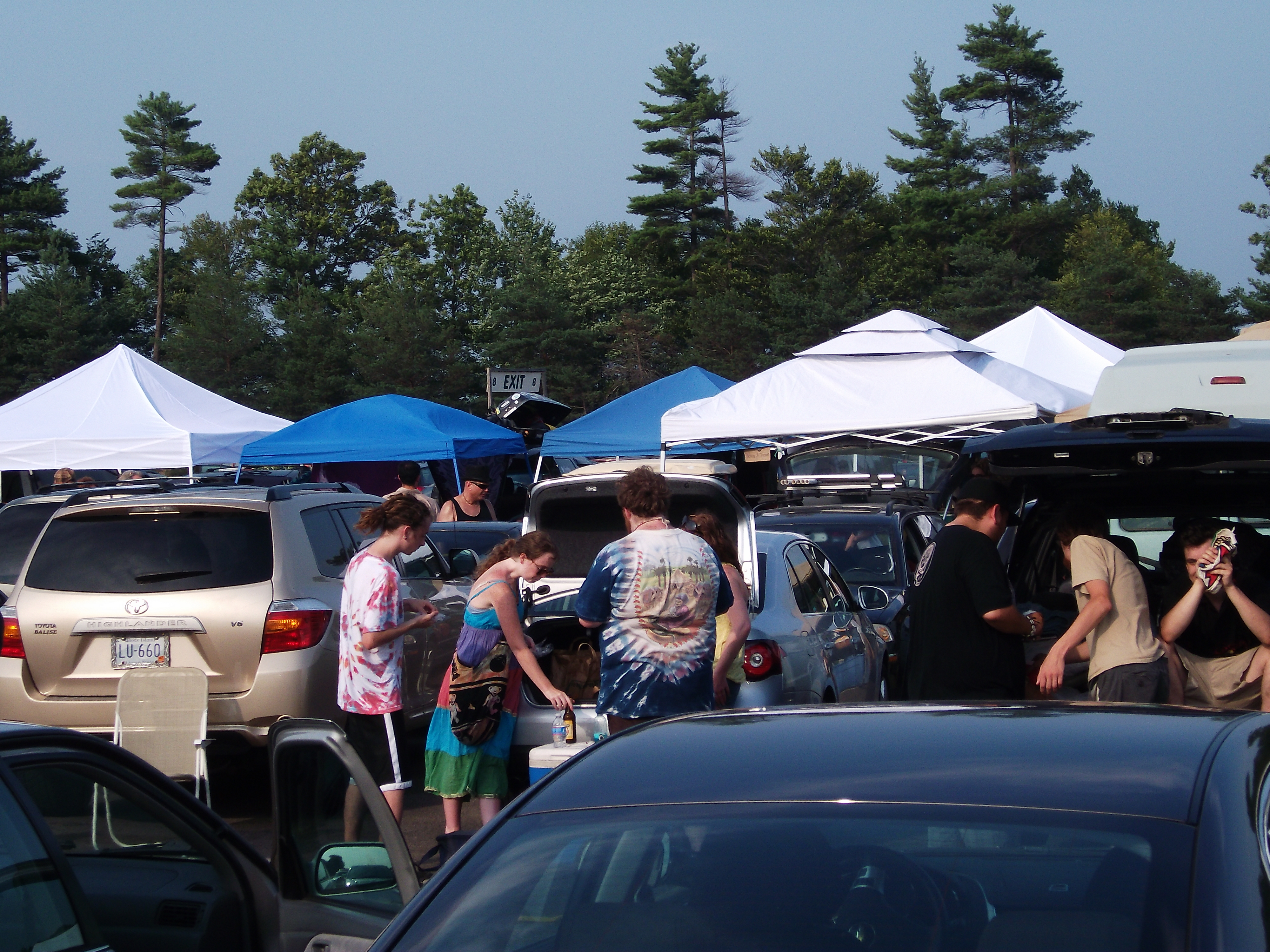 “Nothin shakin on Shakedown street, used to be the heart of town. Don’t tell me this town ain’t got no heart, You just gotta poke around.” (Shakedown Street)